The key is to have a system that ticks all of the boxes.  One that delivers safety and legislative compliance.  One that is easy to use and actually saves you money.  But more importantly, one that engages the workforce and keeps them focussed on the important issues.

What is Control of Work?

Control of Work (CoW) is the Safe Management of Maintenance Work and Processes by putting in place a system which incorporates Hazard and Risk Assessment (RA), Isolation Management (IM) and Permit to Work (PtW). All three should be equally represented and linked together. The easiest, safest, and most efficient way of achieving this is through a Digital Control of Work Software solution.

There are many sources of potential risk associated with carrying out maintenance work on your workplace equipment. They fall into three broad categories

All of the risks identified above could result in accident or incident. It might be that it is the working environment brings this about e.g. breaking containment in a flammable or toxic area. It might be that the work itself is hazardous, perhaps occurring at height or underground. It might also be that the tools being used to carry out the work present the hazard e.g. naked flames, rotating tools etc. Of course, it might be a combination of all three. Whatever the source, the focus of any Control of Work system must be to keep people safe and equipment free from damage whilst the maintenance work is being carried out.

What does Control of Work (CoW) include?

The scope of the Control of Work (CoW) in this case, includes the systems, work procedures, risk assessments, documentation, records and the standards that an organisation establishes in order to carry out maintenance work safely. In most cases, these will be a mixture of electronically held data and information and perhaps some paper-based ones. Most will rely heavily on Permit to Work which on most sites will be your front-line method of keeping people safe and will represent the combination of all of your other risk assessments and other systems.

Why do we need to do it?

There are obvious moral obligations for employers to look after the well-being of their workforce and the environment in general. These are supported by legislation which has been brought in as a result of some very serious accidents. Over the last forty years there have been a number of high profile ones within the Manufacturing and high risk Processing Industries. The most significant of these are Piper Alpha, Bhopal, Chernobyl and Seveso. The Piper Alpha disaster in the North Sea caused 167 deaths. There were many contributing factors to the disaster. The unsafe practices in controlling the maintenance work were a contributory factor. The figures for Bhopal are far worse, with estimates of around 15,000 deaths associated with the initial toxic release, and many more subsequently being reported.

The number of casualties from the radioactive release from Chernobyl are unclear, but the nature of the radioactive materials involved mean that the effects have been felt over a number of years with an estimated 4,000 premature deaths reported by some sources. The Seveso disaster did not kill anyone in the accident itself but because of its potential and its comparatively recent occurrence, it has had probably the highest profile in Europe. The disaster has led to the Seveso Directive being published in Europe and its principles appearing in individual country legislation across the world.

Not all of these accidents are concerned with the Control of Work (CoW) during maintenance activities, but all have to some degree altered the climate in which all work is carried out. The resultant concerns led to changes in individual national legislation initially, but these changes are now embodied in US, European and other legislation which places the onus upon the employers to ensure that the workplace provides a safe environment for their employees. In addition, there is increasing focus upon making Company directors and owners personally liable for failure to ensure that this is the case. The Seveso incident in fact prompted legal proceedings against senior members of the organisation, as did Bhopal.

As well as the moral and legal obligations for employers to look after the well-being of their workforce and the environment, there are additionally some simple pragmatic choices to take into account. One is that an organisation will be at a disadvantage in selling its products if its reputation is poor. Also, recruiting and retaining the employees will be difficult if they fear for their safety and sometimes even their lives. In addition to this, the costs involved in resolving situations and legal action, and the time consumed in doing so are now astronomical. Take for instance the Deepwater Horizon oil spill of 2010, when 11 people were killed, 17 injured in arguably the largest marine oil spill in the history of the petroleum industry. BP agreed to pay $18.7 billion in fines with many more claims outstanding - the largest corporate settlement in US history.

Can we improve on it?

To comply with these obligations, the response from industry has been to tighten up on all aspects of their processes. Prime amongst these is making sure that they have an effective and efficient Control of Work system in place that delivers on safety. In an effort to cover all of the issues, this can all too often lead to protracted procedural complications resulting in delays at all points of the workflow. From a cost point of view, this can be disastrous with increased waiting, unnecessary work and inefficiencies everywhere. Worst of all, if your system is overly complicated and lengthy, this can lead to disillusionment amongst the workforce as they devote excess time and effort to seemingly bureaucratic requirements. This in turn can switch people off, disengaging them from this all important safety process.

The key therefore is to have a system that ticks all of the boxes. One that delivers safety and legislative compliance. One that is easy to use and actually saves you money. But more importantly, one that engages the workforce and keeps them focussed on the important issues. That system is RAP4 your trusted Gateway to Control of Work, making sure it all happens.

Best Practice About Us

Other articles in this series 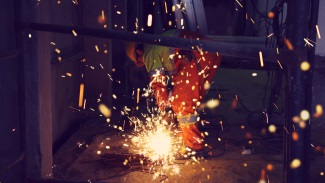 It is RAP’s experience that over the 25 years of looking very closely at isolation systems, standards are rising and isolation procedures are becoming more prevalent.